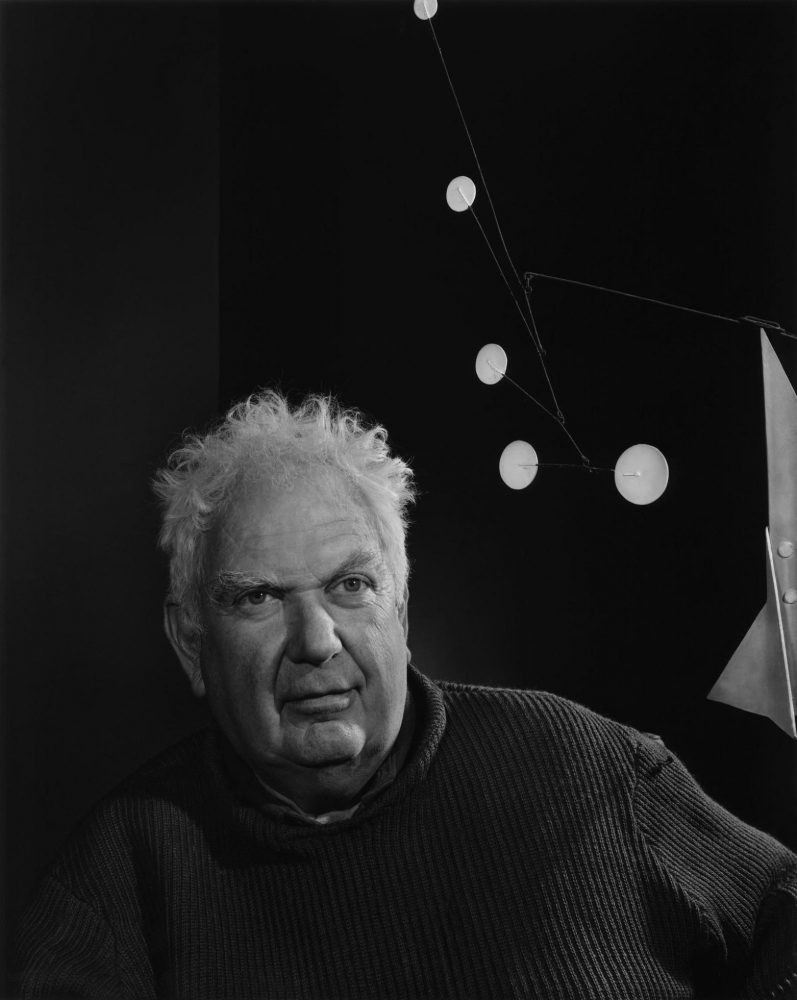 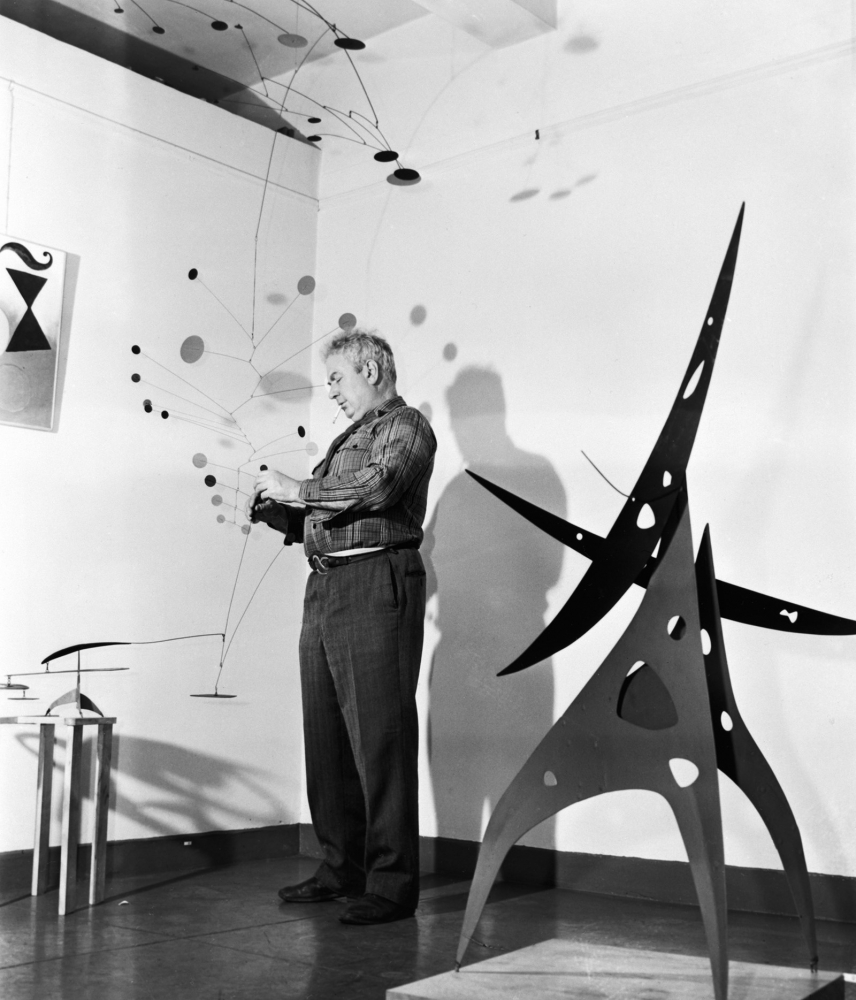 Alexander Calder was born in Pennsylvania on July 22, 1898. Calder came from a family of artists, but it wasn't until 1923, when he moved to New York and began his studies at the Art Student's League, that he became committed to working solely as an artist himself. Before that time, Calder received an engineering degree in 1919 from the Stevens Institute of Technology in Hoboken, New Jersey, proceeding to work as a hydraulics and automotive engineer, timekeeper in a logging camp, and as a fireman in a ship’s boiler room.

Calder’s first job as an artist was as an illustrator for the National Police Gazette. An assignment for the publication sent him to visit the Ringling Bros. and Barnum and Bailey Circus, introducing him to what would become a lifelong interest and strong theme throughout his oeuvre. In 1926, Calder moved to Paris, where he enrolled at the Académie de la Grande Chaumière, and began work on his Cirque Calder, an assemblage sculpture of circus performers, animals, and props built from wire, leather, cloth, and other found materials. Each piece was mobile, designed to be manipulated, and small enough to be packed into a trunk, allowing Calder to hold performances in a wide range of locations, including both Paris and New York. Showings of Cirque Calder would last approximately two hours and predated performance art by almost forty years.

1931 was a crucial year for Calder, which saw his marriage to Louisa James—a grandniece of the writer Henry James—in January, as well as the creation of his first truly kinetic sculpture in the fall. Inspired by the geometric forms experienced on a visit to Piet Mondrian’s studio, his engineering background, and informed by his own use of wire in “Cirque Calder,” Calder began creating mobiles that would sway in the air, propelled only by the air’s currents. Revolutionary in their style, Calder would continue to experiment with these mobiles—a name given to them by Calder’s friend and fellow artist Marcel Duchamp—throughout his life. Calder and Louisa returned to America in 1933, settling in Roxbury, Connecticut. 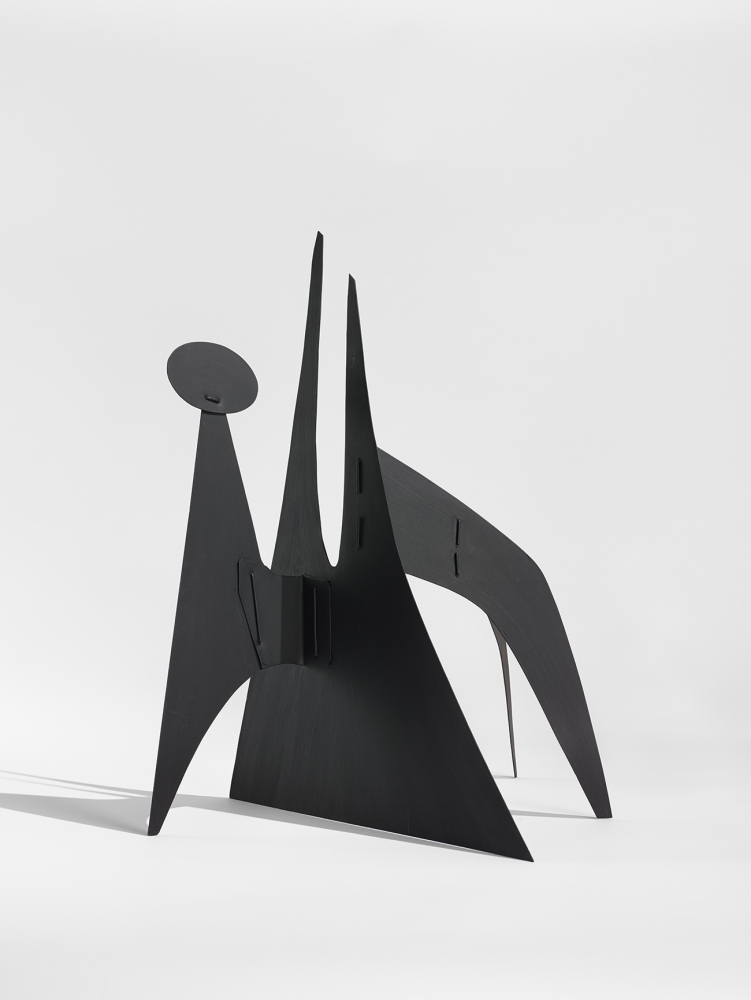 For the rest of his career, Calder continued to work primarily in sculpture, including large-scale commissioned works and non-hanging kinetic works known as stabiles. Calder also dabbled in painting and printmaking, creating colorful works with geometric forms that echoed those found in his sculptures. While not explicitly representational, the forms found in his paintings and sculptures are related to the cosmos and suggestive of nature.

Calder's first solo exhibition came in 1927 at the Gallery of Jacques Seligmann in Paris. The Museum of Modern Art in New York was an early champion of his work, where Calder was one of three Americans included in Alfred Barr’s 1936 exhibition Cubism and Abstract Art. The museum also hosted the first major retrospective of his work in 1943. Galerie Maeght in Paris held a show of Calder's work in 1950, and subsequently became his exclusive Parisian dealer. His dealer in the States was the Perls Gallery, and the alliance lasted between 1954 up until Calder's death in 1976. Later retrospectives included the Guggenheim Museum in New York in 1964, and in 1976 at the Whitney Museum of American Art, also in New York.

“The underlying sense of form in my work has been the system of the Universe, or part thereof...What I mean is that the idea of detached bodies floating in space, of different sizes and densities, perhaps of different colors and temperatures, and surrounded and interlarded with wisps of gaseous condition, and some at rest, while others move in peculiar manners, seems to me the ideal source of form.” 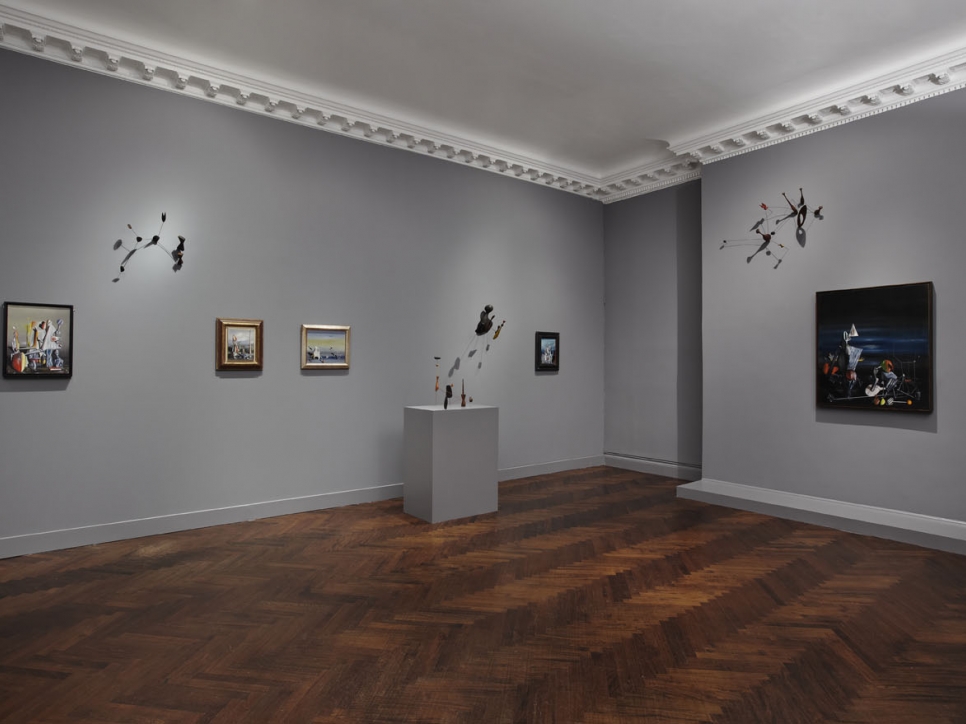 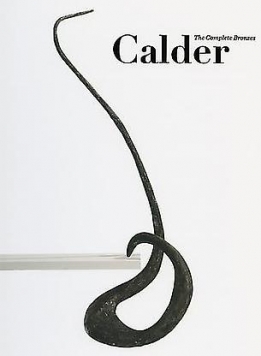 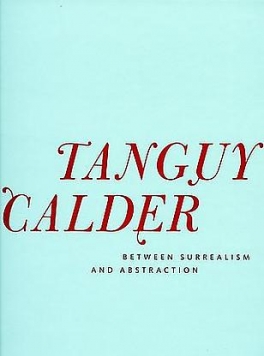