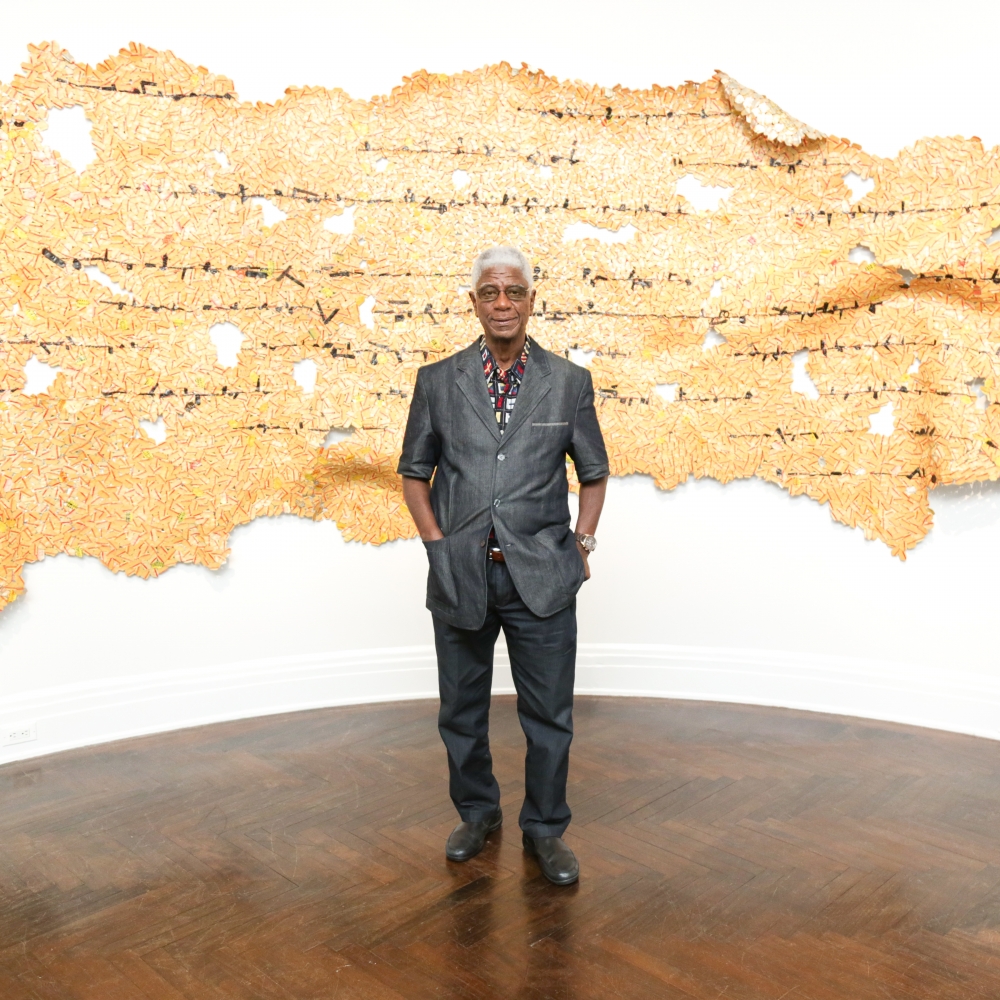 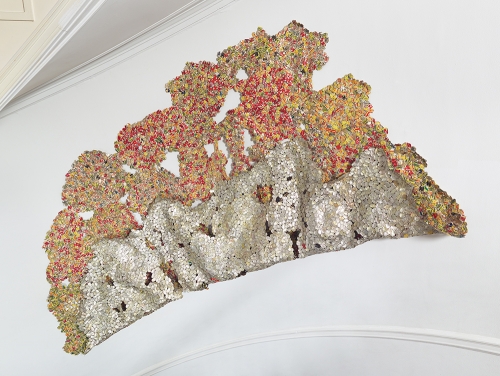 Born in 1944 in Anyanko, Ghana and based in Nsukka, Nigeria, El Anatsui is an artist best known for his monumental hanging sculptures made from recycled materials. He received a BA from the College of Art, University of Science and Technology in Kumasi, Ghana in 1969. Since 1975, he has taught at the University of Nigeria, Nsukka.

Born the youngest of 32 children to a master weaver of Kente cloth, Anatsui’s interest in the artistic traditions of his culture began at a young age. His first forays into artistic practice saw Anatsui primarily using wood and clay as his materials, which he would transform into objects that recalled traditional Ghanian beliefs and subjects. This interest in traditional African artforms continued through Anatsui’s involvement in the Nsukka Group, a coalition of artists who wanted to revive the practice of uli, a traditional Nigerian design motif. 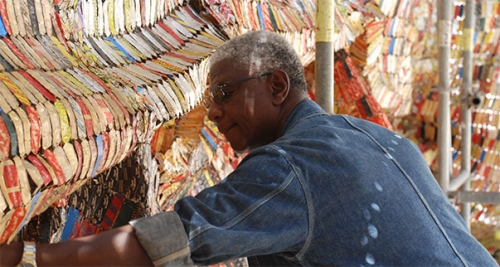 Shortly thereafter, Anatsui embarked on the large assemblages that have come to define his practice. Constructed from thousands of folded and crumpled pieces of aluminum bottle caps sourced from local alcohol recycling stations and bound together with copper wire, these hanging wall pieces highlight Anatsui’s interest in ideas of transformation—not only are these humble materials altered to become high art, but the artist allows the form they take to change with each installation, blurring the boundaries between painting and sculpture. Resembling yet abstracting the kente cloths of his home country, Anatsui continues to connect to his continent while transcending the idea of place. Additionally, Anatsui’s choice of materials raise questions of consumption, the environment, and the history of colonialism. “I thought of the objects as links between my continent, Africa, and the rest of Europe,” Anatsui has explained. “Objects such as these were introduced to Africa by Europeans when they came as traders. Alcohol was one of the commodities brought with them to exchange for goods in Africa . . . I thought that the bottle caps had a strong reference to the history of Africa.” 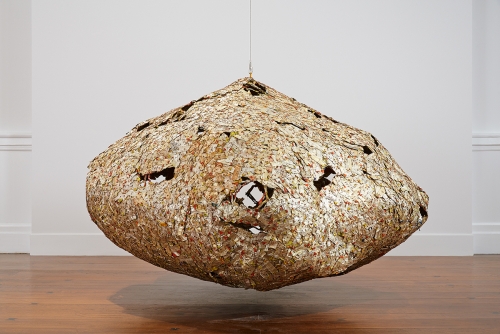 In 1990, Anatsui had his first important group show at the Studio Museum in Harlem, New York. That same year, he was also one of three artists singled out in the exhibition "Contemporary African Artists: Changing Traditions", which was extended for five years. In 2015, he was awarded the Golden Lion for Lifetime Achievement, the Venice Biennale’s highest honor. In 2019, Haus der Kunst presented a wide-ranging traveling survey of his work titled “El Anatsui: Monumental Scale”, curated by Okwui Enwezor and Chika Okeke-Agulu, and accompanied by a catalogue published by Prestel.

His works are in the public collections of the Metropolitan Museum of Art, New York; the Museum of Modern Art, New York; Los Angeles County Museum of Art; Indianapolis Museum of Art; British Museum, London; and Centre Pompidou, Paris, among many others. Major exhibitions of his work have appeared at the Sterling and Francine Clark Art Institute, Williamstown (2011); Royal Ontario Museum, Toronto (2010); National Museum of Ethnology, Osaka (2010); Rice University Art Gallery, Houston (2010); Venice Biennale (2007); and the Biennale of African Art, Senegal (2006).

“Media which come with history, meaning, with something mean something to me. Not just oil paint from a tube. I can’t relate to that well. I would rather go for something people have used. Then there is a link between me and the other people who have touched that piece.” 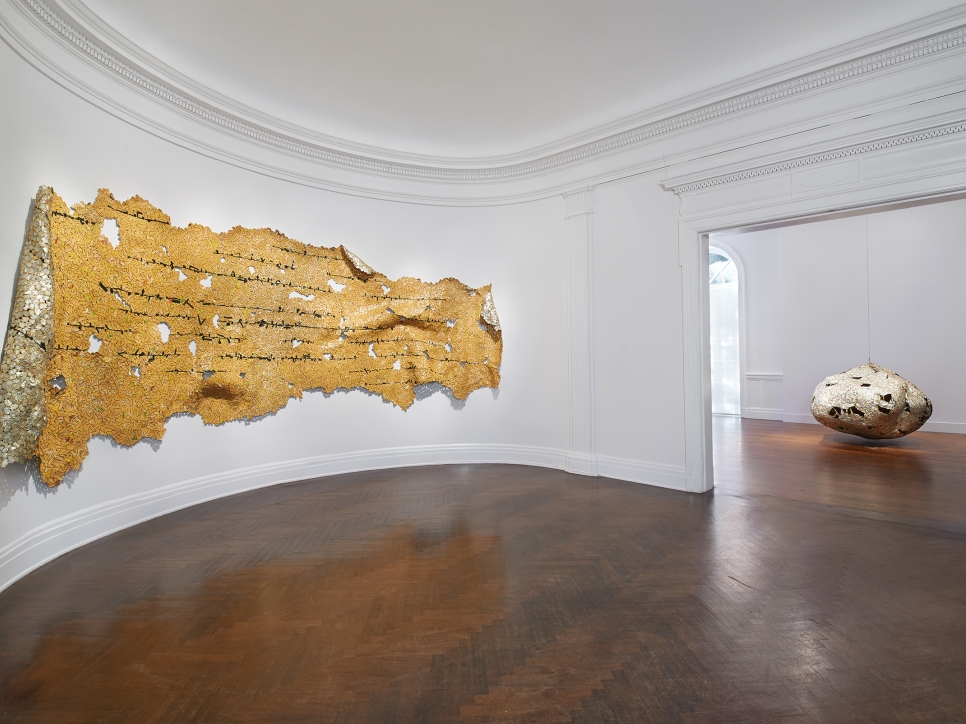