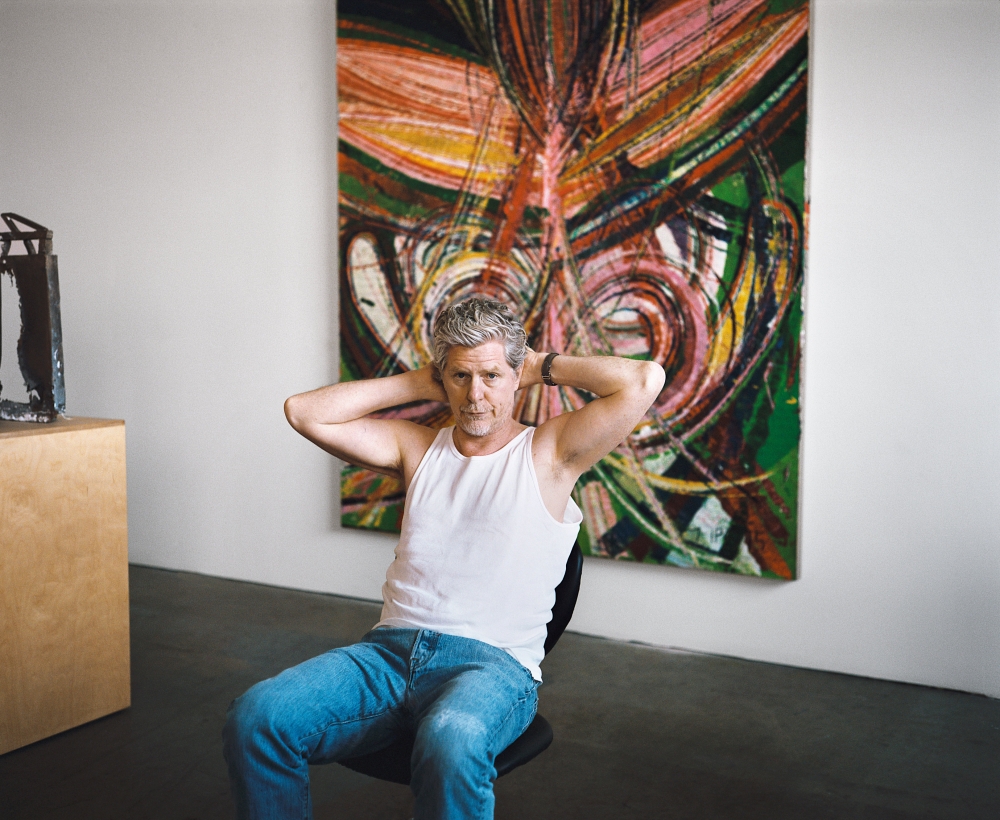 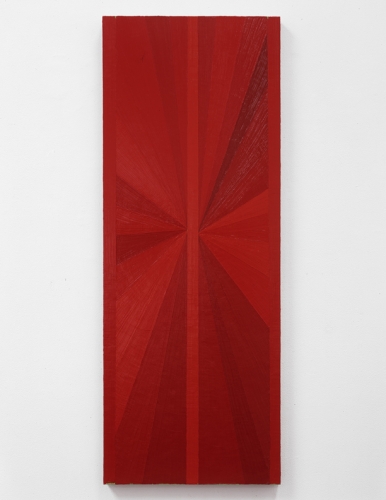 Mark Grotjahn was born in 1968 in Pasadena, California and raised in the Bay Area. He received a BFA from the University of Colorado, Boulder in 1990, and an MFA from the University of California, Berkeley in 1995. That same year, he was an artist-in-residence at the Skowhegan School of Painting and Sculpture in Madison, Maine. While a student, Grotjahn began his first major series, “Sign Exchange”(1993-1998). For these works, Grotjahn would faithfully recreate the signs he noticed in stores across Los Angeles, where he relocated to in 1996, and then had the store owners display his version in place of the original.

This experiment in sign making came to heavily influence the way Grotjahn paints, collapsing figuration and abstraction into a unique lexicon of motifs that explore possibilities of various perspectival approaches. Inspired by techniques popularized during the Renaissance as well as artists such as Piet Mondrian and Kazimir Malevich, the sign paintings gave way to the “Butterfly” series at the turn of the century, still one of Grojahn’s most popular bodies of work. For these paintings, Grotjahn employed two or more asymmetrical vanishing points wherein colorful bands of thick oil paint radiate outwards to form the appearance of an abstracted butterfly.

In 2008, after a ski accident that left him unable to paint for long stretches of time, Grotjahn began his next important series, the “Face” paintings. Typically rendered on cardboard and looser and more gestural in their appearance, thick layers of oil paint are applied with a palette knife in the center and dragged outwards, becoming almost sculptural in areas while revealing the support on which the painting is rendered in others. The result is a crude rendering of Picasso-like eyes that peer out on the viewer. 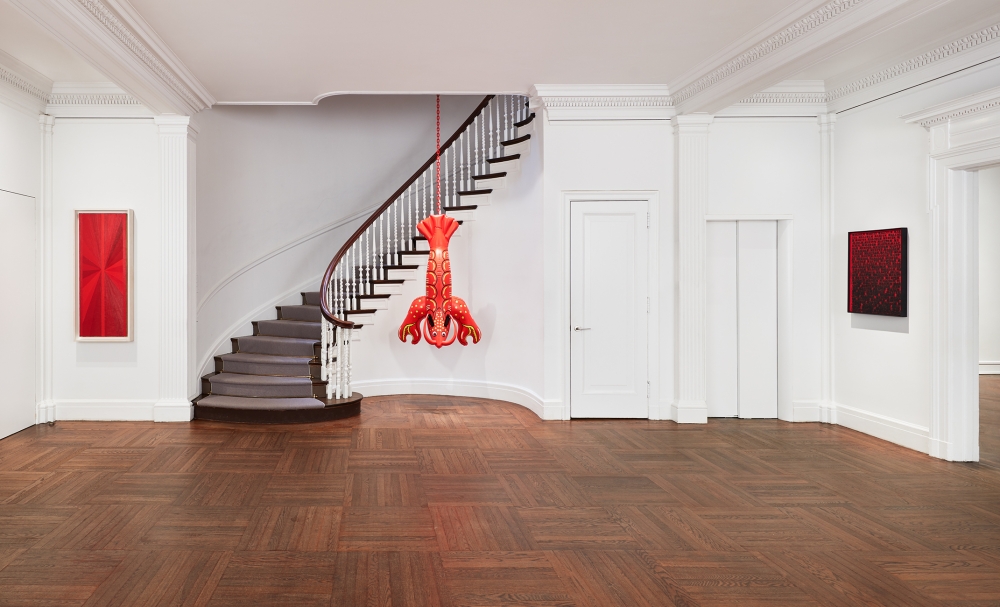 Grotjahn has taken this interest in facial features into the three-dimensional realm in his series of “Masks”. Built from cardboard boxes and other material lying around his studio, they are then cast in bronze and hand painted, creating a dialogue between the weightiness of the material and the light-heartedness of the forms. The prominent signatures found on these sculptures also recall the questions of authorship initially broached in the “Sign Exchange” works.