Mnuchin Gallery is proud to announce Alma Thomas: Resurrection, curated by Sukanya Rajaratnam. The exhibition will survey Thomas’s singular career, featuring paintings and works on paper from 1959 through 1976. It will be Thomas’s first solo exhibition on the Upper East Side since her 1976 show at Martha Jackson Gallery, and will be among her largest solo exhibitions to date. On view from September 10 through October 19, 2019, it will open with a public reception Tuesday, September 10 from 5-7pm. The exhibition will be accompanied by a fully illustrated catalogue and comprises loans from private collections as well as institutions. Institutional lenders include George Washington University, the Hirshhorn Museum and Sculpture Garden, Howard University, the Miami-Dade County Art in Public Places Trust, and the Tampa Museum of Art.

Alma Thomas was a pioneering figure in American painting of the 1960s and 70s, whose ebullient, light-filled abstractions defy categorization. Her work has often been associated with the Washington Color School, given that she spent her adult life in Washington, D.C. and that she worked alongside Color Field painters such as Morris Louis, Kenneth Noland, Gene Davis and Sam Gilliam. However, rather than using the pouring and staining techniques popular with her Color Field contemporaries, Thomas primed her canvases and applied her paint with a brush. In fact, her dense paint application and expressive brushwork linked her to the preceding generation of Abstract Expressionists, although her short and repetitive brushstrokes also looked back to Pointillism while coinciding with some elements of Minimalist application. In the end, her style was deeply personal and her mode of expression profound, drawing on an almost spiritual inspiration. She explained, “Through color, I have sought to concentrate on beauty and happiness, rather than on man’s inhumanity to man.”

Born in Columbus, Georgia in 1891, Thomas and her family relocated to Washington, D.C. in 1907, seeking increased educational opportunities and a respite from racial tensions. A promising student with a penchant for math and a passion for architecture, Thomas began teaching kindergarten immediately following high school. Eventually she enrolled at Howard University, becoming its first student to graduate with a degree in fine arts in 1924. Always committed to children, she went on to teach art in the Washington, D.C. public schools for thirty-five years, while continuing to pursue her own education during evenings and summer vacations, earning a master’s degree in art education from Teachers College, Columbia University, and studying drawing and painting at American University. In 1960, at the age of 68, Thomas retired from her teaching career to devote herself fully to painting.

Thomas’s mature style is characterized by her staccato brushstrokes of vibrant colors laid over sometimes white, sometimes richly layered grounds. In some works, her marks are organized in rhythmic stripes or in mandala-like circular forms; in others, they billow in waves across the canvas like a galaxy across a night sky. Thomas’s imagery draws upon her close observation of the natural world: the arboretums and public parks of Washington, the carefully-tended garden of her family home, and the play of sunlight and wind on the holly tree outside her front window. Her fascination with science, technology, and space exploration—particularly her close following of the Apollo 12 space mission—also informed her paintings, which include depictions of rocket launches and landings as well as aerial views of the earth. She mused, “When I paint space, I am with the astronauts.”

Despite beginning her career as a full-time artist in her late sixties, Thomas swiftly achieved critical respect and institutional recognition. She exhibited at the Franz Bader Gallery in Washington and the Martha Jackson Gallery in New York. In 1972, she became the first African-American woman to be the subject of a solo exhibition at the Whitney Museum of American Art. The museum acquired a painting, Mars Dust, 1972, from the exhibition and the New York Times reviewed the exhibition on three separate occasions. During her lifetime, she was also the subject of solo exhibitions at Howard University (1966) and the Corcoran Gallery of Art (1972), among other institutions.

Since her death in 1978, Thomas has been the subject of museum retrospectives at the National Museum of American Art, Smithsonian Institution (1981); the Fort Wayne Museum of Art, Indiana (1998; traveled to Tampa Museum of Art; New Jersey State Museum; Anacostia Community Museum, Smithsonian Institution; Columbus Museum, Georgia); and the Frances Young Tang Teaching Museum and Art Gallery at Skidmore College (2016; traveled to The Studio Museum in Harlem). Recent solo gallery exhibitions include Michael Rosenfeld Gallery, New York (2015) and Hemphill Fine Arts, Washington, D.C. (2017). A forthcoming retrospective is being organized by The Columbus Museum in Columbus, Georgia and the Chrysler Museum of Art in Norfolk, Virginia for 2021-2022. 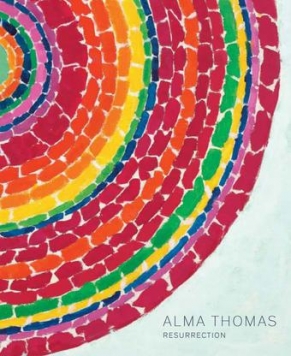 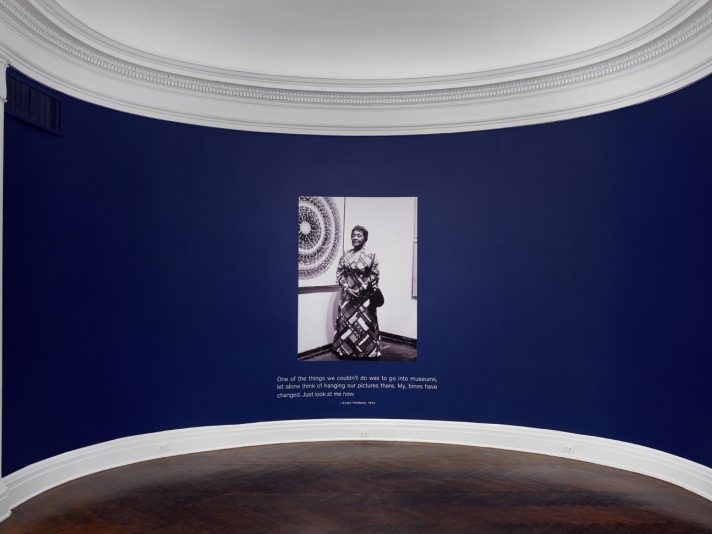 artcritical
An Insistence on Beauty and Exuberance: Alma Thomas at Mnuchin Gallery

Earth, Wind & Fire’s 1975 album, “That’s the Way of the World,” sits beside a stereo speaker, atop an antique English mahogany pier table, beneath Alma Thomas’s, Skylight, 1973, an abstract painting in sapphire blue hues. This painting (pictured in an Architectural Digest photograph) had been chosen by First Lady Michelle Obama in 2009 for the private spaces of the White House. Today, Alma Thomas: Resurrection, on view at Mnuchin Gallery in New York, takes its title from another painting with a White House association. Acquired in 2014 and hung in the Old Family Dining Room, Resurrection was the first work of art by an African-American woman to enter the collection. 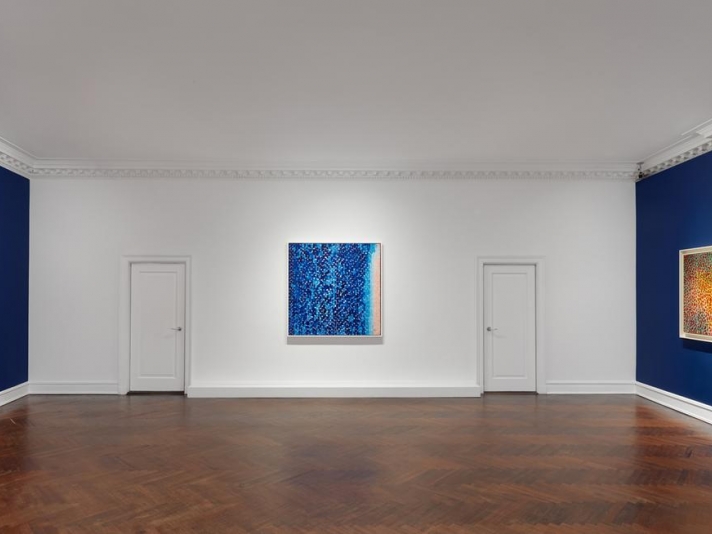 Artnet News
‘Have Faith That What You’re Trying to Do Matters’: Dealer Sukanya Rajaratnam on How the Late Artist Alma Thomas Inspires Her Work

“From One Woman to Another,” a five-part series co-produced by artnet News and Mark Cross, features intimate, candid conversations between eminent women at the pinnacle of the art industry and a mentor or protégé of their choosing, paired with original photography by David Lipman.

In the first installment of the series, artnet News’s Noor Brara interviewed art dealer Sukanya Rajaratnam about the late artist Alma Thomas, whose writings and work have guided Rajaratnam in her life and career. 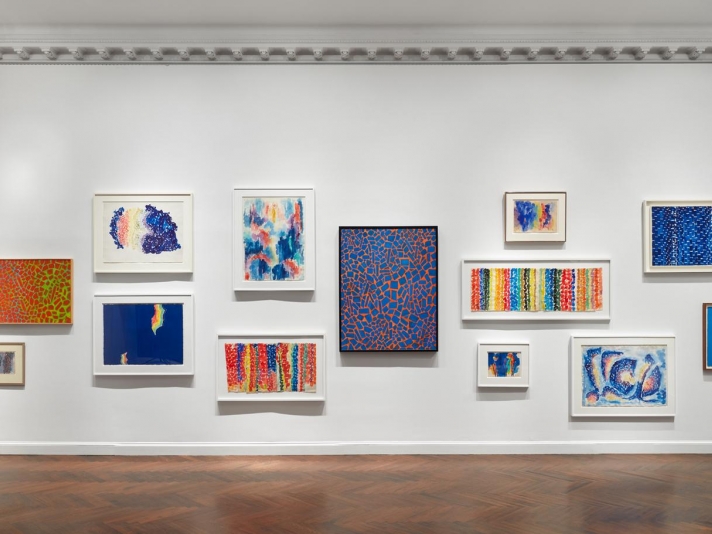 Alma Thomas’s multihued abstract paintings are so vibrant and human, it’s hard not to get from them an infectious joy. But upon seeing her exhibition, “Resurrection,” at Mnuchin Gallery, I was struck by a duality of sorts: It’s both a perfect and an anachronistic moment for her work. 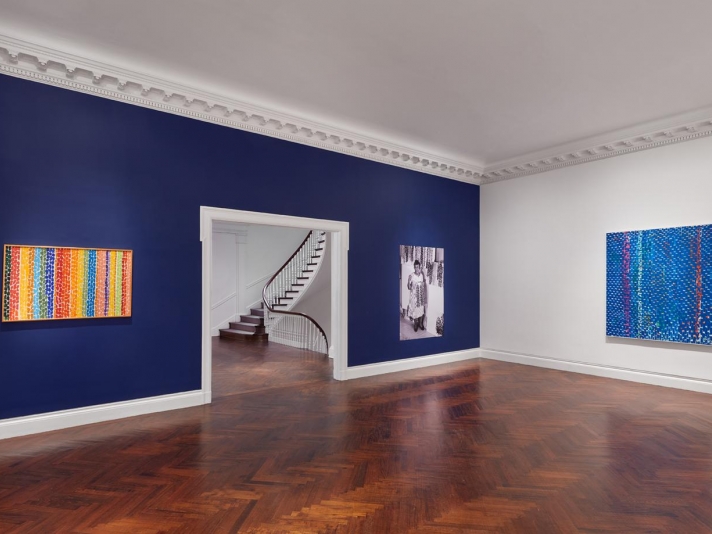 Considering that Thomas (1891–1978) didn’t seriously start painting until she was 69, she had an astonishingly late-blooming career. Se took up the brush after retiring from a lifetime of teaching art in High School in Washington D.C., and in a relatively short period of time, became a key figure in the Washington Color School, arguably the only serious postwar group of artists to come out of the Nation’s Capital. 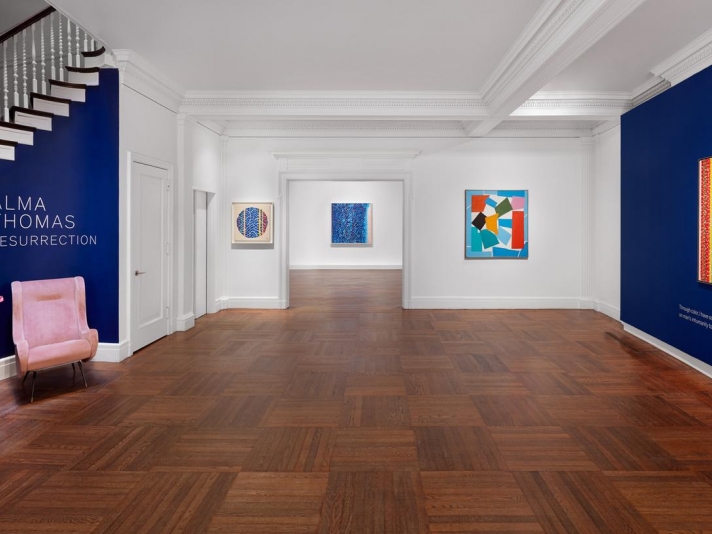 The Canvas
The One Thing You Should Be Talking About

Reviewing the Studio Museum in Harlem's powerful, yet disappointingly small exhibition of Alma Thomas's work in 2016, Ken Johnson wrote in the New York Times that "A full-scale New York retrospective of Ms. Thomas’s oeuvre is long overdue. Someone with the space and resources should get on it." Three years later, Sukanya Rajaratnam has answered that challenge with the recently opened, bewitchingly-installed, and widely-encompassing show, 'Alma Thomas: Resurrection' at Mnuchin Gallerywhere she is a partner. 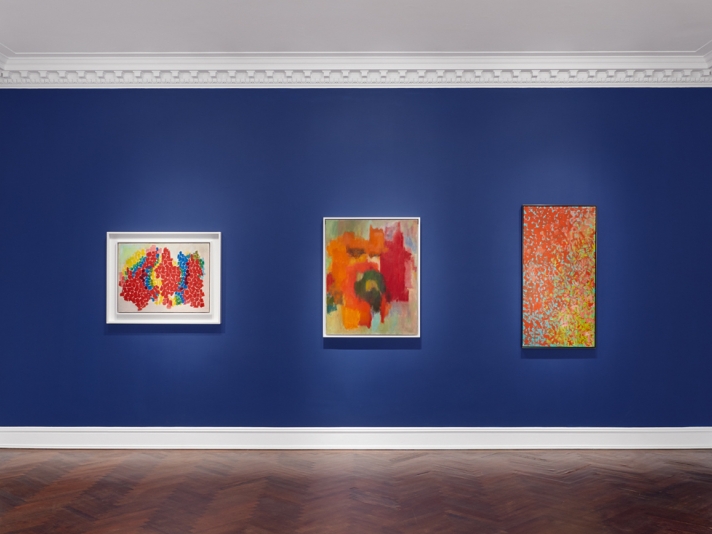 In 2015, the White House acquired a painting by Alma Thomas entitled Resurrection (1966). The painting, which features concentric circles of bright colours in Thomas’ signature fashion, will soon share its name with an exhibition at the blue-chip Mnuchin Gallery in New York. In just a week, the gallery will open ‘Alma Thomas: Resurrection,’ which stands to be one of the largest solo exhibitions of works by the Thomas. 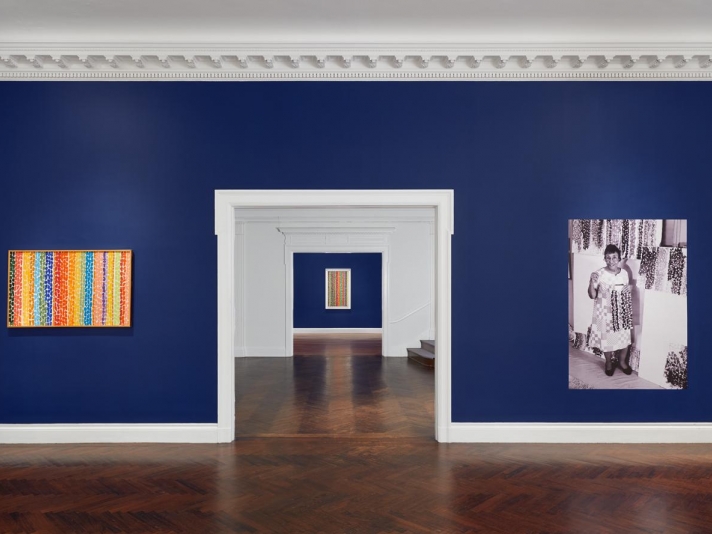 ARTnews
After Star Turn at Obama White House and Ahead of Touring Retrospective, Alma Thomas Comes to Mnuchin in New York

Alma Thomas, the restlessly inventive painter of vibrant abstractions, will be the subject of a major survey at the blue-chip Mnuchin Gallery in New York. Titled “Alma Thomas: Resurrection” and curated by Sukanya Rajaratnam, a partner at the gallery, it will be among the largest solo presentations of Thomas’s work to date.

The show opens September 10 and runs through October 19, and will feature 35 paintings and works on paper by the artist, on loan from private collections and institutions such as George Washington University, the Hirshhorn Museum and Sculpture Garden, and Howard University in Washington, D.C., where she long lived and worked.