I can’t understand why most people believe in medicine and don’t believe in art, without questioning either.

L&M Arts is pleased to present an exhibition of early medicine cabinets by Damien Hirst. Assembled together for the first time are the seminal Sex Pistols cabinets from 1989. Each cabinet takes its name from one of the twelve title tracks of the legendary 1977 debut punk album “Never Mind the Bollocks, Here's the Sex Pistols.”

Works such as Bodies, Problems, Liar and No Feelings (all 1989) signaled a defining moment in art when these four were first shown at Hirst’s ground-breaking Goldsmith’s degree show in 1989. As Arthur Danto writes in the catalogue essay, Hirst’s “Medicine Cabinets constitute a constellation of still lifes that express and reflect the human body as a field of vulnerabilities and of hopeful medical interventions that have replaced the body as a narrative agent that artists must learn to depict in heroic stances.”

The exhibition also includes the first two cabinets Hirst ever made: Sinner (1988), in which the artist incorporated drugs from his grandmother’s medicine cabinet and Enemy (1988-89), both of which presage the Sex Pistols cabinets. Also on view is a monumental four-part cabinet The Sex Pistols (1996-97), shown publicly here for the first time and a range of Sex Pistols ephemera, including prints, posters and t-shirts from the seventies and eighties.

A fully-illustrated catalogue with texts by Arthur Danto, James Frey and Steve Jones, including a catalogue raisonné of the complete medicine cabinets, will accompany the exhibition. 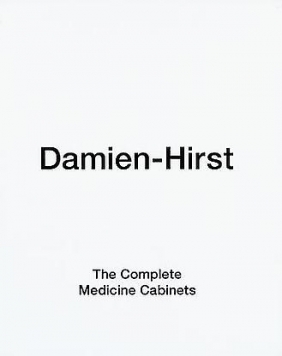