I would like the paintings to be their own justification, so that anything asked of them would be irrelevant.
- Frank Stella

L&M Arts is privileged to present Frank Stella: Black, Aluminum, and Copper Paintings. This exhibition has been conceived and organized with the support of the artist, and features works dating from 1958 to 1962 on loan from: Glenstone; The Menil Collection; The Philip Johnson Glass House; Hirshhorn Museum and Sculpture Garden; San Francisco Museum of Modern Art; National Gallery of Art; Whitney Museum of American Art; the collection of the artist; and private collections.

Stella had yet to have a one-man exhibition in New York when four monumental, unprimed canvases, painted with bands of black enamel house paint, were displayed in the galleries of The Museum of Modern Art at the end of 1959. The Black Paintings, on view in Dorothy Miller’s Sixteen Americans exhibition, astonished the public. Over the course of the next few months, Stella executed the Aluminum and Copper Paintings with the same methodical rigor. These notched and shaped canvases, painted with industrial, optically impenetrable paint, would be exhibited in his first two solo exhibitions at the Leo Castelli Gallery in 1960 and 1962.

L&M Arts has brought together fifteen Black, Aluminum, and Copper Paintings, including the watershed Delta(1958), considered by the artist to be “the first black painting.” Exhibited in Sixteen Americans, the towering Die Fahne hoch! (1959) is now on view in the gallery’s second floor rotunda flanked by rooms devoted to the metallic works. Notably, the identical copper Creede I and Creede II (both 1961) are exhibited side by side.

L&M Arts has published a catalogue to accompany the exhibition with essays by Robert Pincus-Witten and Katy Siegel, as well as a landmark lecture delivered by Stella at Pratt Institute. 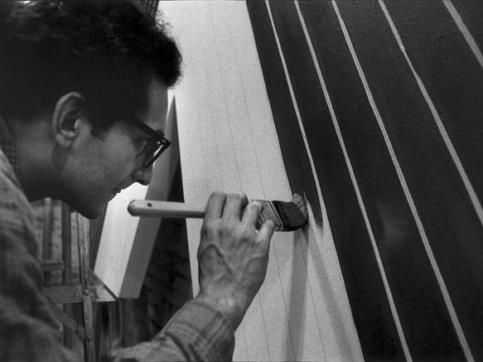 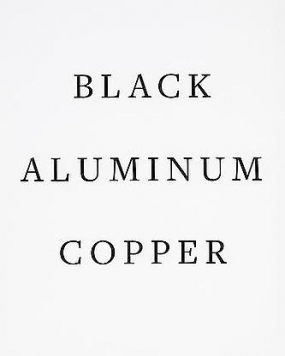