Renowned in Europe, Uecker visited and lived in New York in 1965 and 1966. He had his first solo exhibition in the United States at the Howard Wise Gallery on West 57th Street, showing important work such as the kinetic New York Dancer I (1966), also featured at L&M Arts. When in motion, thousands of long nails protrude from a heavy sailcloth covering and dematerialize into an optical blur.

At the time of the Howard Wise exhibition, Uecker was an established artist in Germany – part of the inner circle of the Zero Group. This loose association of artists were united by like desires, notably to eradicate the burden of pictorial content and emotionalism from their work. Since that time, Uecker has continued his exploration into an art form he describes as “a journey towards painting.”

According to Dieter Honisch, Uecker has always maintained a manual relationship to art. In a powerful early painting, Black Lung (1957), Uecker uses his fingers to manipulate the paint forming a sculpted, material surface; dark and monochromatic, it is at once erotic and vacant. Later, nails would help Uecker objectify the surface, bringing a functional tool into the aesthetic realm. In Homage to Fontana II (1962), the nail is both an instrument of aggression and a source of textural beauty freed from pictorialism. Even banal objects were subjected to the artist’s ritualistic procedure. In works such as Chair II (1963) and Nailed-Over Table (1964), Uecker ironically subjugates functionality to artistic labor.

Uecker has explored diverse media, among them earth, light, and his own body. In all forms, we find the artist’s preoccupation with humanity – particularly the subjective and contradictory relationship each person forms with their surroundings. Perpetual kinetic spirals of sand and light speak to this uniquely physical brand of mysticism, as in Sand Mill (1970) and Uecker’s large-scale, five-part masterpiece, Five Light Disks, Cosmic Vision (1961-1981).

His work can be found in the collections of major institutions worldwide, among them: The Museum of Modern Art, New York; The Art Institute of Chicago, Chicago; The Museum of Contemporary Art, Los Angeles; Georges Pompidou Centre, Paris; Stiftung museum kunst palast, Düsseldorf; the Peggy Guggenheim Collection, Venice; and Stedelijk Museum, Amsterdam.

The exhibition will feature a fully illustrated catalogue including a recent interview with the artist by Hans Ulrich Obrist. 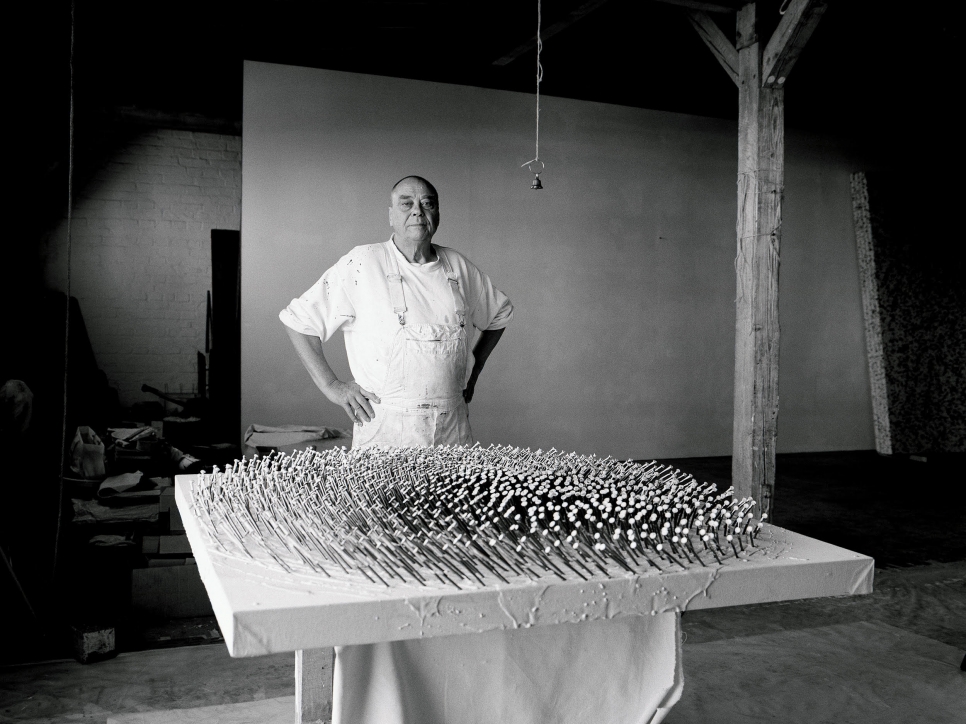 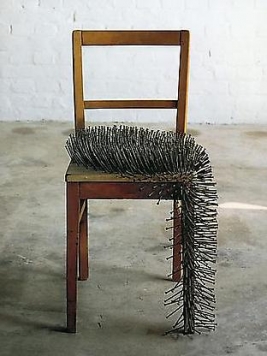