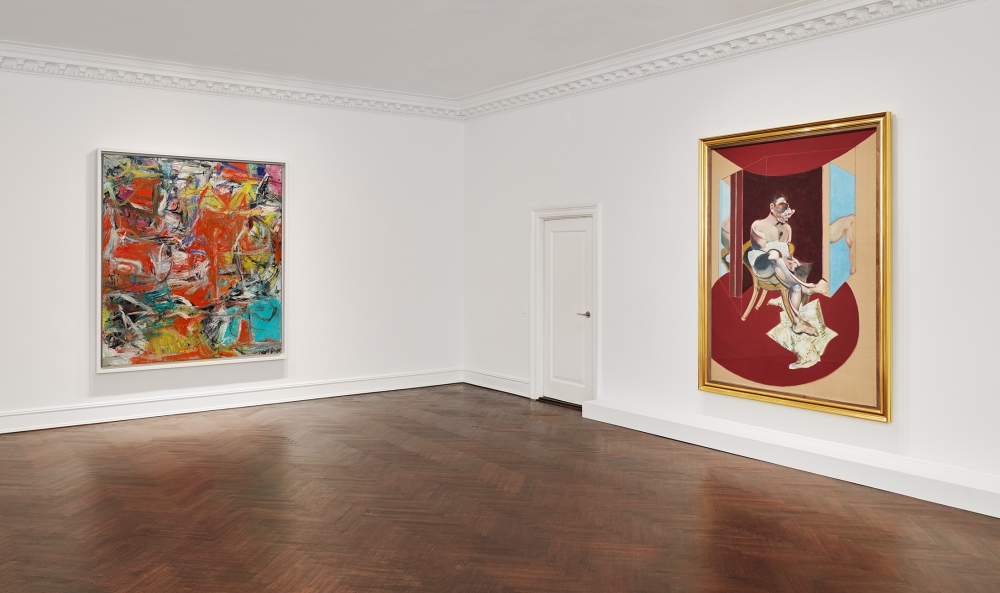 Mnuchin Gallery is located in the historic five-story townhouse at 45 East 78th Street on Manhattan’s Upper East Side and is dedicated to presenting museum-quality exhibitions of postwar and contemporary art. Owner and founder Robert Mnuchin, whose passion for the arts developed through his childhood and his longstanding career in the financial sector as the head of the trading desk at Goldman Sachs, began a successful second career as an art dealer in 1992, co-founding C&M Arts in 1992, and the bi-coastal operation, L&M Arts, in 2005. In 2013, the gallery was renamed Mnuchin Gallery under the direction of Robert Mnuchin and Sukanya Rajaratnam. Michael McGinnis joined the gallery as partner in March 2016. 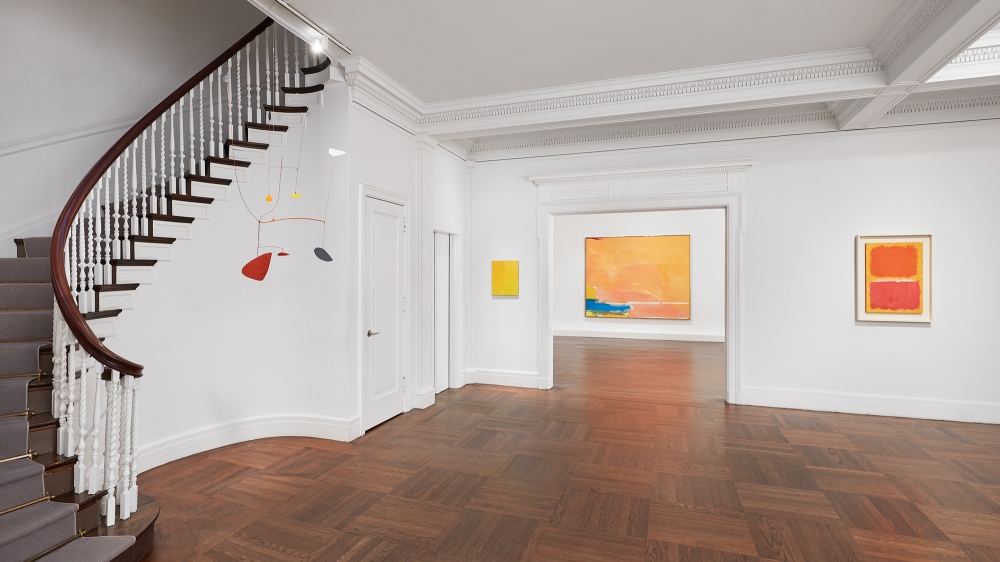 Mnuchin Gallery is recognized for its thoughtfully curated, carefully researched exhibitions, each documented with a scholarly publication. Its programming includes solo and two-person shows by some of the most influential figures of Abstract Expressionism, Minimalism, and Color Field painting, including John Chamberlain, Ellsworth Kelly, Willem de Kooning, Donald Judd, Helen Frankenthaler, Morris Louis, and Robert Motherwell. The gallery has also collaborated with leading contemporary artists, such as El Anatsui, David Hammons, Sean Scully, and Cindy Sherman. In recent years, Mnuchin Gallery has reintroduced a number of historically underrecognized artists to a broader audience, with major exhibitions by Ed Clark, Sam Gilliam, Simon Hantai, Kazuo Shiraga, and Alma Thomas, which have contributed to important reevaluations of these artist’s legacies. In addition, the gallery is known for its thematic presentations, such as Casting Modernity: Bronze in the XXth Century, Minimalism & Beyond, and REDS.

Mnuchin Gallery is a member of the Art Dealers Association of America. 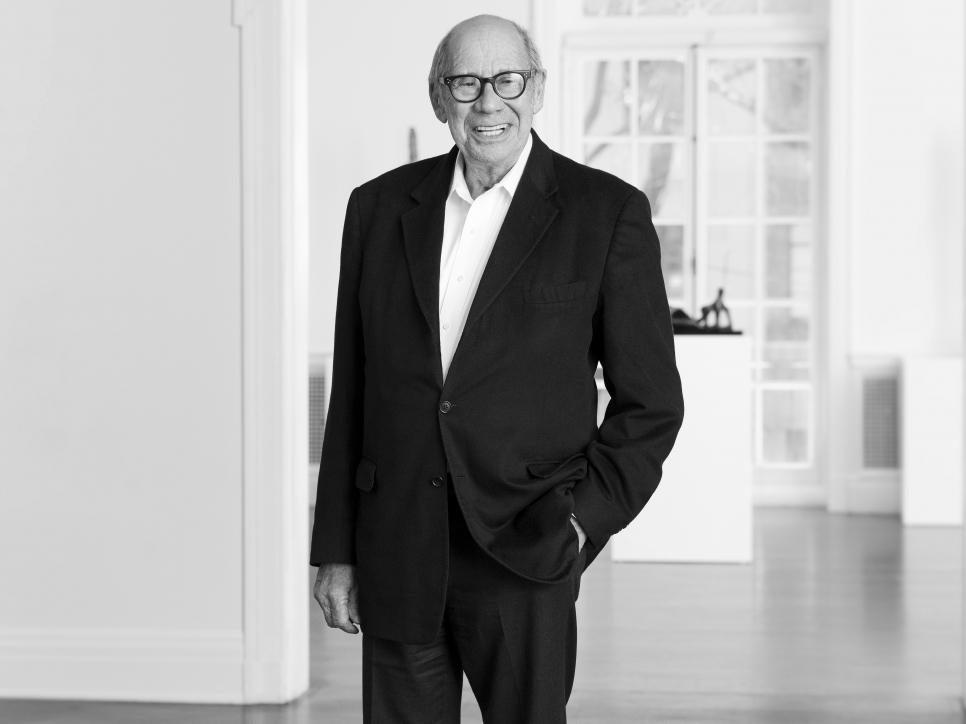 For two decades, Robert Mnuchin has organized critically-acclaimed shows that examine key moments within an artist’s oeuvre, often shedding light on under-investigated bodies of work by the leading figures in twentieth-century art.  In addition to mounting exhibitions and publishing scholarly catalogues, he advises some of the country’s most prominent private collections.  He is an expert in works by Alexander Calder, Donald Judd, Franz Kline, Willem de Kooning, Jeff Koons, Mark Rothko, Frank Stella, Jackson Pollock, and Andy Warhol, among others.

Before beginning his career as an art dealer, Robert Mnuchin honed his connoisseurship as a collector during his thirty years at Goldman Sachs, where he was the partner in charge of equity trading and a member of the management committee. Upon retiring from the financial sector, he opened his gallery in the historic five-story townhouse on New York’s Upper East Side where it remains today.  Following successful partnerships with James Corcoran (C&M Arts) and Dominique Lévy (L&M Arts), Mnuchin renamed the gallery Mnuchin Gallery in January 2013. 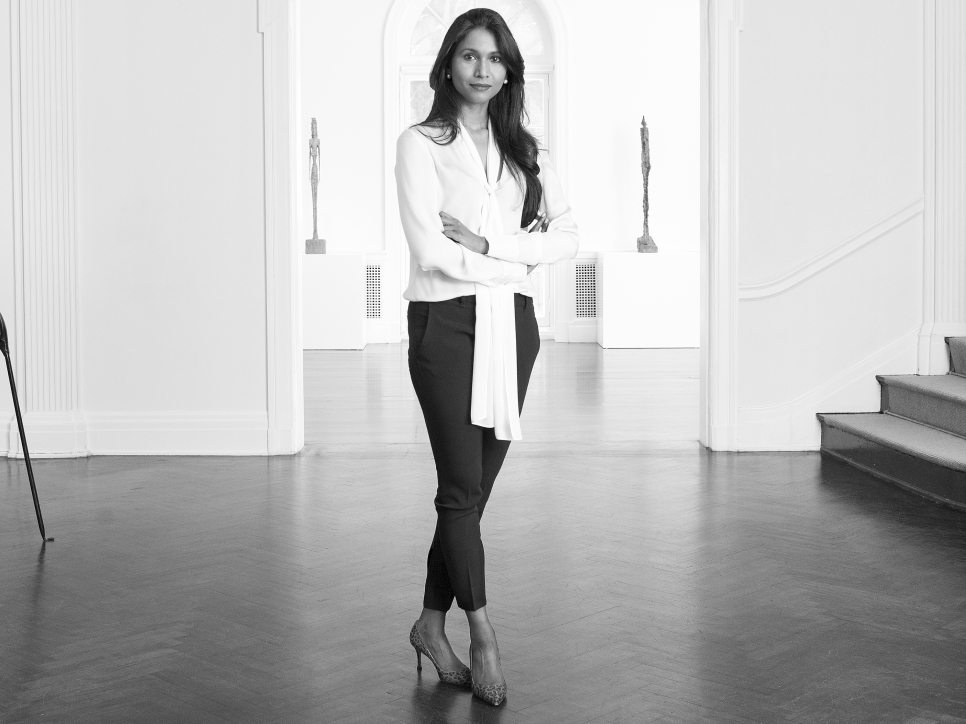 Sukanya Rajaratnam joined Mnuchin Gallery, formerly L&M Arts, in 2008 and became a Partner in 2013. She has curated several of the gallery’s landmark exhibitions since then, including the five-decade retrospective of work by David Hammons in 2016. Following that she co-curated a survey of Cindy Sherman’s most acclaimed series, spanning 30 years of Centerfolds, History Portraits and Society Portraits, with Philippe Ségalot. In 2017, she curated Sam Gilliam’s first solo exhibition in New York in nearly 25 years, focusing on his two seminal series, the Beveled-Edge and Drape Paintings. In 2018, she curated the first retrospective exhibition of Ed Clark since 1980.

Prior to Mnuchin Gallery, Rajaratnam worked at Deitch Projects and in the Post-War and Contemporary Department at Christie’s.  Born and raised in Sri Lanka, Rajaratnam earned a BA and MA in Economics from Cambridge University, where she received First Class Honors. She began her professional career in the Investment Banking Division of Chase Manhattan Bank. 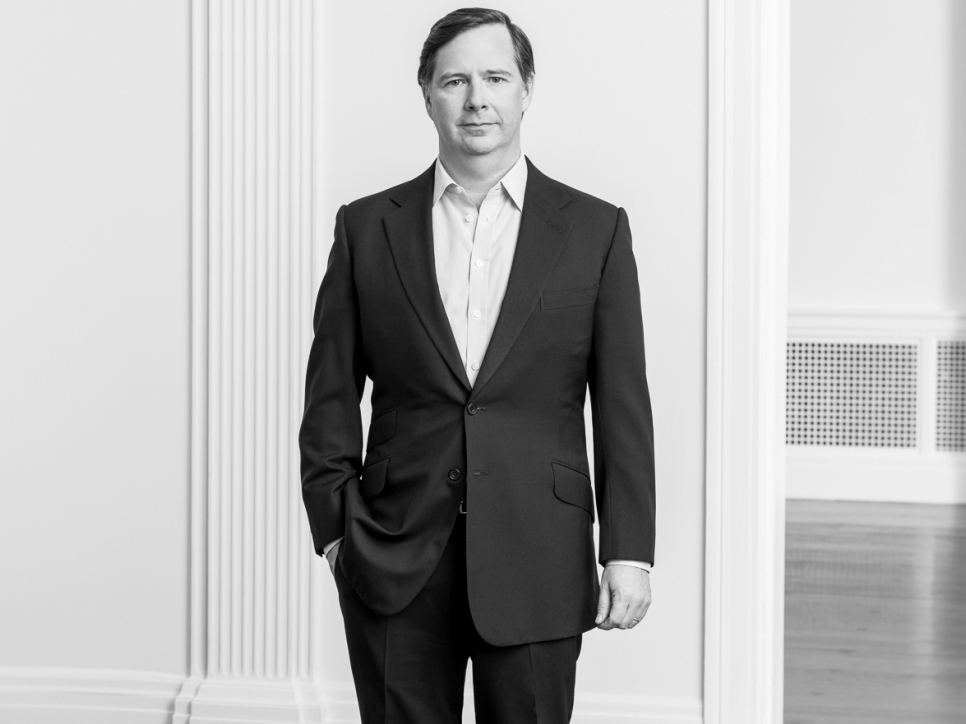 Michael McGinnis started his career at Richard Gray Gallery and Christie’s before founding the contemporary art department at Phillips in 1999. As the worldwide director of contemporary art for over a decade, he was responsible for establishing record prices for Agnes Martin, Donald Judd, Ed Ruscha, Jean Michel Basquiat, Kazuo Shiraga, and David Hammons to name a few. He was a Senior Partner of Phillips, de Pury and Company and most recently CEO and President of Phillips prior to joining Mnuchin Gallery in March 2016. He specializes in Post-War and Contemporary art and is responsible for high level client advisory and sales.

Due to the developing health concerns in New York, the gallery will now be open by appointment only until further notice to ensure the safety of our visitors and staff.

We do not accept unsolicited submissions.