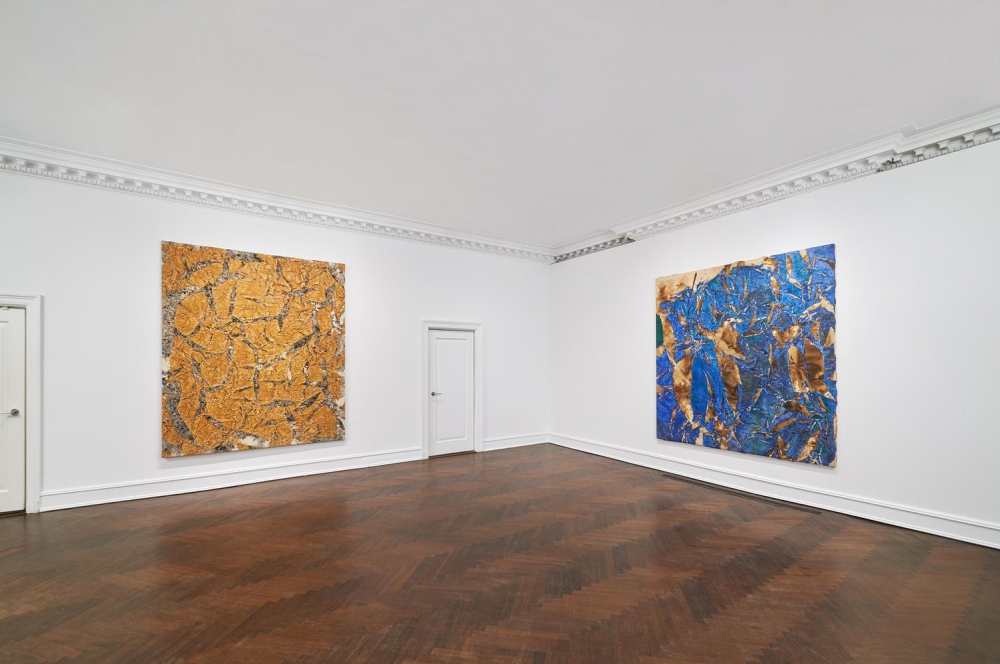 The Hungarian-born abstract painter moved to Paris after the Second World War; he died there in 2008.  If the art world were a just place, this ravishing showcase of his early works would open American eyes to the overlooked virtues of French postwar painting.  In 1960, inspired by Pollock as much as by Matisse, Hantaï hit upon his technique of pliage - painting on crumpled canvases that, when stretched, resolved into celestial abstractions that collapsed distinctions between positive and negative space.  The earliest pieces here are dense and earthy, but by the late sixties Hantaï was creating all-over abstractions whose passages of yellow and green commingle with white space with harmonious ease.  Through June 26. (Mnuchin, 45 E. 78th St. 212-861-0020)

The New Yorker
Back To Top