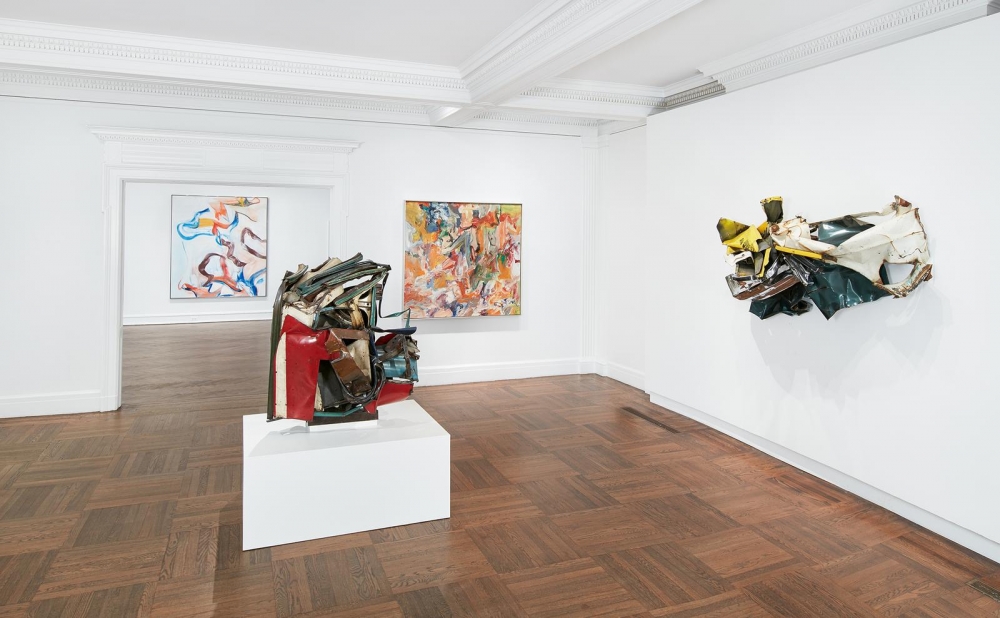 Few galleries these days have a "program"; most have only an assortment of artists whose works say nothing to one another. To have a program means to have the luxury of showing only what you want to show, and to develop through that freedom a narrative. True, the art historical story Mnuchin Gallery tells is largely traditional, but traditions develop because they make sense, and it makes sense to present John Chamberlain's sculptures with Willem de Kooning's paintings. Though the artists were different generations (de Kooning was 23 years older), they shared a tendency to over complicate things; both were at their best when simplified, making parts subordinate to a whole, which they both learned to do consistently later in their careers. This show includes seven pictures from de Kooning's late period (the Seventies and Eighties) and twelve sculptures from Chamberlain's middle years (beginning in 1958 and spanning through the Seventies).