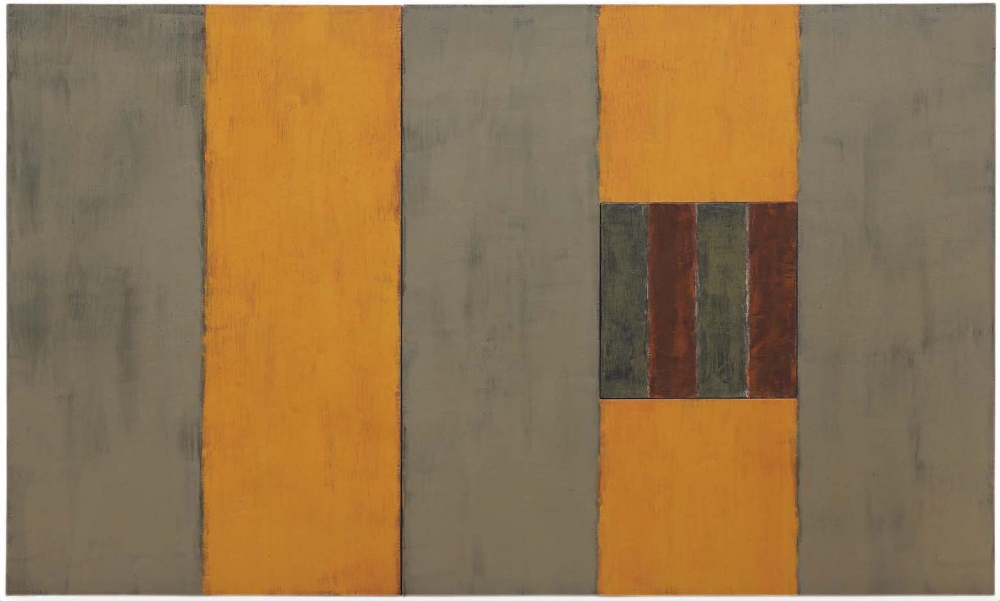 Sean Scully began his "five-year love affair with minimalism," as he later called it, in 1975, just after moving from the U.K. to New York. His paintings of that period were cold, "severe, invulnerable canvases," he once said, often done only in gradations of black. From here, with everything taken out of painting but its name, there was no clear way forward; if Scully was to avoid repeating himself, he would have to begin putting feeling back in. "The Eighties," a show of around twenty pictures dating from between 1982 and 1989, looks at how he slowly softened his tone, expanded his palette, and relaxed his lines, ultimately arriving at his truest discovery: that "all profoundly original art looks ugly at first," as the art critic Clement Greenberg once wrote. In Scully's words, his works of this period are "romantic portraits of the city: all based on collision, pressure, and disharmony."